Control of Iron Deficiency in Indian Infants and Children: A Made-in-India Solution

Just over a year ago, the Prime Minister’s office announced the formation of the Indian National Nutrition Mission (NMM). The mission will monitor, supervise, fix targets and guide nutrition related interventions across ministries. The program will strive to reduce the level of stunting, under-nutrition, anaemia and low birth weight babies. The timing of the NMM could not be better. India has made such incredible progress in so many domains that it seems somewhat counterintuitive that it has the highest prevalence of preventable child malnutrition in the world. With over 61 million stunted children, India accounts for 38% of the global burden of stunting. In comparison to Sub-Saharan Africa, the rates of malnutrition in Indian children are nearly twice as high.

Professor, Department of Paediatrics, the Department of Nutritional Sciences, the Dalla Lana School of Public Health and the Munk School of Global Affairs, University of Toronto, Toronto Ontario, Canada.

Just over a year ago, the Prime Minister’s office announced the formation of the Indian National Nutrition Mission (NMM) [1]. The mission will monitor, supervise, fix targets and guide nutrition related interventions across ministries. The program will strive to reduce the level of stunting, under-nutrition, anaemia and low birth weight babies [1]. The timing of the NMM could not be better. India has made such incredible progress in so many domains that it seems somewhat counterintuitive that it has the highest prevalence of preventable child malnutrition in the world. With over 61 million stunted children, India accounts for 38% of the global burden of stunting [2]. In comparison to Sub-Saharan Africa, the rates of malnutrition in Indian children are nearly twice as high [3].

Micronutrient malnutrition, specifically iron deficiency is most prevalent in six Indian states (Maharashtra, Orissa, Bihar, Madhya Pradesh, Uttar Pradesh, and Rajasthan), with the prevalence of iron deficiency anaemia (IDA) at nearly 60% for children age 5 and under [4]. Not only do these unacceptably high rates of anaemia negatively impact the development and future productivity of each individual child, the World Bank estimates that total micronutrient deficiencies alone may cost India US $2.5 billion annually [3]. Rates of anaemia have changed minimally over the past 10 years (~70 to 60%) [4]. Anand and others have asked the question why national programs to control IDA have not been successful, despite India being the first country to launch the National Nutritional Anemia Prophylaxis Programme in 1970. (5) The reasons for the high rates of anemia are multifactorial, including high rates of premature and low birth-weight infants (30%), high rates of anaemia during pregnancy, and the low iron content of human milk (around 0.2-0.3 mg/L). Breastfed infants with reduced iron stores are at particular risk of early anaemia. In addition, despite the Government of India’s policy of mandating that Accredited Social Health Activists (ASHAs) administer iron drops to infants between 6 to 59 months of age twice per week, coverage is limited and actual use is poor, as it is in many countries that continue to recommend the use of iron syrup or drops. Limitations of traditional oral liquid iron use include reported unpalatable metallic taste, teeth staining, potential for overdose, limited shelf life, poor compliance, perception of the syrup as medicine, lack of supplies, and procurement‐associated challenges.

The nutrient composition of complementary foods is also important for meeting the nutritional needs of rapidly growing infants in the second six months of life and beyond. It is well known that non-heme iron, found in cereals and plant-based foods, has a low bioavailability due to the presence of tannins and polyphenols, which inhibit the absorption of iron. Conversely, heme-iron, which is found only in animal sources of food is highly bioavailable. It is therefore more difficult for infants fed predominantly cereal-based diets to meet their daily iron needs.

An Indian study evaluating educational interventions to encourage the use of animal-source foods found that fewer than 1% of participating children were consuming meat by 9 months of age. A more recent study found that only 5.7% of children aged 6-23 months in Mumbai consumed animal-source foods each day [6]. Without the inclusion of animal-source foods in an infant’s diet, it is difficult to meet daily iron requirements from food alone. Twenty years ago, Gibson et al identified three typical Indian complementary cereal recipes and analyzed their nutritional content [7]; they found that all recipes provided an adequate source of protein and other macronutrients, but all three were insufficient to meet an infant’s iron needs. These recipes do not differ much from those used for preparing infant foods today.

The benefits of MNPs are many. They are highly affordable, easy to store and transport and their use does not interfere with breastfeeding or complementary feeding, and they can be easily added to any food being prepared as a complementary food for the infant or young child. The amount of micronutrients in a single packet meets or exceeds the recommendations for Indian infants for all “problem” nutrients (iron, zinc, niacin, vitamin A, and vitamin B12), in addition to providing other micronutrients, including vitamins C, D, E, B1, B2, B6, folic acid, copper, and iodine. Additionally, MNPs do not require a literate population, as each dose is individually packaged and pre-measured; the sachet can be easily added to the infant’s food without affecting the taste, smell, or appearance of the meal. A study of the efficacy of MNPs in treating anaemia in India demonstrated that they are as efficacious as iron drops, with a higher adherence rate and fewer reported side effects [9]. A recent Cochrane review summarizes their efficacy in the treatment of iron deficiency [10].

In the latest annual report from UNICEF (2017), MNPs were distributed by UNICEF in 62 countries to well over 15 million children. India was not one of the countries on the UNICEF list despite the observation that micronutrient powders are made and packaged in India by a number of different commercial companies including DSM Nutritional Products India Pvt Ltd, Piramel Enterprises Ltd and Hexagon Nutrition Pvt. Ltd. in Mumbai. All three organizations are approved suppliers to UNICEF. Hexagon exports more than 300 million sachets per year, but supplies very few for national use.

The use of MNPs to control iron deficiency in India is a potentially powerful, positive tool. Effective interventions are needed to begin to reduce the high rates of IDA and other micronutrient deficiencies in India, in compliance with Sustainable Development Goal 2: “End hunger, achieve food security and improved nutrition and promote sustainable agriculture.” These goals are achievable, but must be accomplished using effective, immediate strategies. Research in India has demonstrated that for an Indian MNP Program to be successful (effectively delivered to intended beneficiaries), it would need multiple levels of engagement including state governments, stakeholders and community (11). The impact is not only on IDA, but MNP use in Bihar has been demonstrated to improve motor and mental development of young children (12).

The National Health Mission of India has approved MNPs for use in India. However, it is the responsibility of the individual states to implement anaemia prevention programs with MNPs. While some states (particularly Madhya Pradesh, Rajasthan, Maharashtra, and West Bengal) have expressed interest in creating programs to distribute MNPs to their respective populations, these programs have not yet begun. Given the high prevalence of iron deficiency in India, India’s commitment to the 2015 Sustainable Development Goals and the availability of a made-in-India solution to the problem, the time to act is now.

The study was supported by a Mining4Life Chair in Mineral Metabolism provided to Dr. S. Zlotkin. 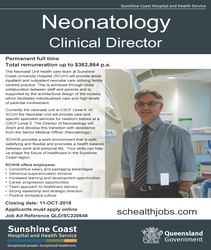