Many people with Parkinson’s disease (PD) will experience cognitive impairments even in the early stage of the disease [1]. These deficits have been shown to increase throughout the progression of PD, sometime leading to dementia [2], and may impact quality of life [3]. However, the progression of these impairments, specifically the decline in executive functions, is controversial. A meta-analysis including 25 studies with follow-up ranging from 2.4 months to 8 years reported a decline in global cognitive ability in PD, but no deterioration in executive functions during this period [4]. Conversely, more recent studies reported a deterioration in executive functions over three and five years [2,5].

There are different types of metaphor and the deterioration in executive functions may not have the same impact on all types. Metaphors are often categorised in novel metaphors (e.g., The teacher is a sleeping pill) or idioms (e.g., My father gave me a hand). Since idioms are stored in the mental lexicon, we can understand them directly by accessing the lexicon and they can be understood as fast as literal sentences. However, novel metaphors cannot be access in the mental lexicon and necessitate an online processing, requiring more executive functions. If the deterioration observed in metaphor comprehension is linked to executive function, then new metaphors are more likely to be affected than idioms and idioms comprehension may be preserved for a longer time during the progress of PD.

The first goal of this preliminary study was to confirm that non-demented PD patients show metaphor comprehension and executive functions deficits. The second and main goal was to determine whether those pragmatic and executive deficits deteriorate over two years and if their deterioration rate was related.

Thirteen French native speakers diagnosed with idiopathic PD (8 men) and 13 healthy controls (HC) (8 men) participated in this study under written consent approved by the ethic committee of the Centre Hospitalier universitaire de Québec (CHUQ) and the Institut Universitaire en Santé Mentale de Québec (IUSMQ). The diagnosis of idiopathic PD was made by a neurologist on the basis of accepted motor criteria. At baseline, twelve PD participants were on dopaminergic medication (mean ± SD: 500 ± 264 mg/day). The twelve PD participants taking Levodopa medication were always evaluated when they were optimally medicated. Participants all had normal or corrected-to-normal vision. Participants with a history of alcohol abuse or, disorders or neurological disease other than PD were systematically excluded. All individuals were screened for general cognitive functioning using the Montreal Cognitive Assessment (MoCA). A regression-based approach [7] where used to take into account age, education and gender, and to maximize MoCA specificity to detect dementia, whereas compromising sensitivity [8]. A Z-score was calculated for each participant with the equation proposed by Larouche et al. (2016). Since two standard deviation (SD) below appropriate norms is considered a major neurocognitive disorder (corresponding to dementia level) in the Diagnostic and Statistical Manual of Mental Disorders (DSM-5) [9], this criteria was used to screen for dementia. At baseline, only one participant (one patient with PD) met the criteria for dementia (Z-score = -2.4) and their results was discarded from the analysis.

Metaphor comprehension was assessed with the Metaphor Interpretation Task from the Montreal Evaluation of Communication (MEC) protocol [10]. It included twenty metaphors: ten novel metaphors (such as “The teacher is a sleeping pill”) and ten idioms (such as “The man is throwing money out the window”). Since complex sentence comprehension may be impaired in PD [11], all the metaphors in the task were short and direct. The evaluator read the metaphor to the participant and they were asked to explain what it meant (Score 2: clear and correct response;

1: good elements, but information added, omitted or imprecise; 0: incorrect or no response). When the answer to the open-ended question was correct, the evaluator directly read the next metaphor. If the answer was incorrect, three possible interpretations were presented (one with the literal meaning: “The man is throwing money outside”, one with the correct figurative meaning: “The man is wasting his money” and one with the erroneous interpretation: “The man is saving his money”). The participant had to tell the evaluator which of the three choices best explained what the metaphor meant. The correct response counted for one point while both incorrect answers (literal and erroneous) were scored 0. There was a maximum of two points per metaphor (total: /40).

Executive functions such as working memory, mental flexibility, planning and inhibition were evaluated with standardized tests. A digit span forward and digit span backward tasks [12] (evaluating working memory) and a trail-making test (number of errors in part B and time (part B-part A)) [13] (evaluating mental flexibility) in addition to verbal fluency tasks [14] (evaluating planning and inhibition) were used. In the digit span tests, participant had to repeat verbally the numbers said by the evaluator (beginning with three numbers and adding one number each time the response is correct) in the same (digit span forward) or reverse (digit span backward) order [12]. In the trail-making test, participant had to connect, by making pencil lines, 25 numbers randomly arranged on a page in proper order (Part A) and 25 numbers and letters in alternating order (Part B) [13]. Verbal fluency was evaluated with a free fluency task from the MEC protocol [10] (evaluating planning) and a phonemic fluency task (evaluating planning and inhibition) from the MoCA [15]. In the free fluency task, participants had to list as many French words as possible in 150 seconds without naming proper nouns or numbers. In the phonemic verbal fluency task, participants had to list as many French words beginning with the letter F as possible in 60 seconds without naming proper nouns.

A general linear model was used to compare the demographic features (age, education and depressive symptoms severity (BDI-IA)) between the PD and HC groups at baseline. Then, repeated measures ANOVAs were done to compare the UPDRS-III and BDI-IA scores, and the dopaminergic medication dosage of the PD group between the baseline and the two-year follow-up. Linear mixed effects models, controlling for the crossed random effects of participants, were done to compare the general cognitive abilities score (MoCA) in addition to the scores obtained in the digit span, trail-making (number of errors and time), verbal fluency (number of words) and metaphor comprehension tasks. Group (HC and PD patients at baseline and two years follow-up) was used as fixed factor and participants as random effect. The significance was set at p < .05.

p = .12. Since depressive symptoms may have an impact on cognitive abilities, we ensured that the HC group was similar to the PD group relative to depressive symptom severity, F (1, 20) = 2.09, p =.16. Table 1 reports the characteristics of the PD and HC groups at baseline.

No significant difference in the dopaminergic medication dosage, F (1, 11) = 3.33, p = .10, and depressive symptoms severity, F (1, 7) = 4.57, p =.07 was found between baseline and two years follow up for PD patients. The deterioration in motor symptoms (as seen by the UPDRS-III scores) was none significant (but there was a tendency) at the two-year follow-up, F (1, 11) = 4.30, p = .06. Table 1 also showed the comparison between the characteristics of the PD group at the baseline and two-year follow-up.

Table 1. Socio-demographic characteristics of healthy controls (HC) and participants with Parkinson's disease (PD) at the baseline and the two-year follow-up

Table 2. Metaphor comprehension and executive abilities of healthy controls (HC) and participants with Parkinson's disease (PD) at the baseline and the two-year follow-up

After two years, the comprehension of novel metaphors and idioms had similarly declined. This result lets supposed that the progression of PD possibly affects brain regions implicated in the comprehension of both novels metaphors and idioms. Indeed, their processing shared common activations in the left inferior frontal gyrus (IFG) [17] and non-demented PD patients were shown to have gray matter loss in the left IFG [18], suggesting that this region could be impaired in PD. Consequent results have been found on adults with moderate to severe traumatic brain injury (TBI), showing an association between the under-activation in the patients left IFG and their difficulties to process novel metaphors [19]. Since the progression of PD affects the IFG (possibly implicated in both metaphors and idioms comprehension), the neuronal degeneration in the IFG may be associated with the deterioration in metaphors and idioms comprehension observed in this study.

Our result does not exclude the possibility that more than one neuronal region dysfunction and cognitive deficits not tested in this study, such as theory of mind or semantic activation impairment, may be associated with the deterioration observed in metaphor comprehension. Since the scores in novel metaphors and idioms comprehension were similar at baseline and follow-up, it is more likely that the deficits observed were related to a common neuronal dysfunction. Cognitive and neuroimaging studies are still needed to better understand the causes of the metaphor comprehension deterioration in PD.

This preliminary study reported the presence of a deficit in metaphor comprehension in patients in the early-middle stages of PD which exacerbated over two years, but the origin of this deterioration still remains unknown and needs to be investigated. It will be desirable to replicate the results of this study with a larger number of participants (to add younger and older patients, including patients living with PD for less than five years and more than 11 years) before generalizing them and to continue to do follow-ups after more than two years to know if the deterioration rate changes with time. Indeed, following the declining rate of metaphor comprehension may be relevant to more precisely monitor the cognitive deficits progression in PD. 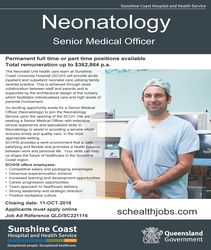