Necroptosis is a form of programmed and controlled cell death that is caspase- and autophagy- independent. Atherosclerosis is a multi-factorial and inflammation-driven disease and the principal cause of myocardial infarction and stroke. The progression of atherosclerosis results from a dynamic interplay involving inflammation, autophagy, apoptosis, and necroptosis in cardiovascular cells. This article summarizes the correlation between the pathway of necroptosis, immune response, and myocardial infarction. Complications resulting from atherosclerosis were the main causal focus for myocardial infarctions. Necroptotic cells have been found in large portions in organs, which have experienced ischemic injuries. Ischemia of the brain, kidneys, and retinas, for example, has led to analyses which have concluded a bigger role of necroptosis in such ailments than previously imagined. Better understanding the specific roles and causes for necroptosis in organ damage can allow for more fine-tuned research in terms of controlling necrosome activation and all correlating consequences of this activation, such as heightened immune responses. 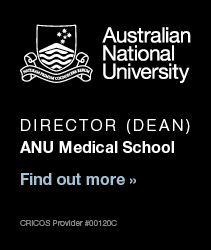